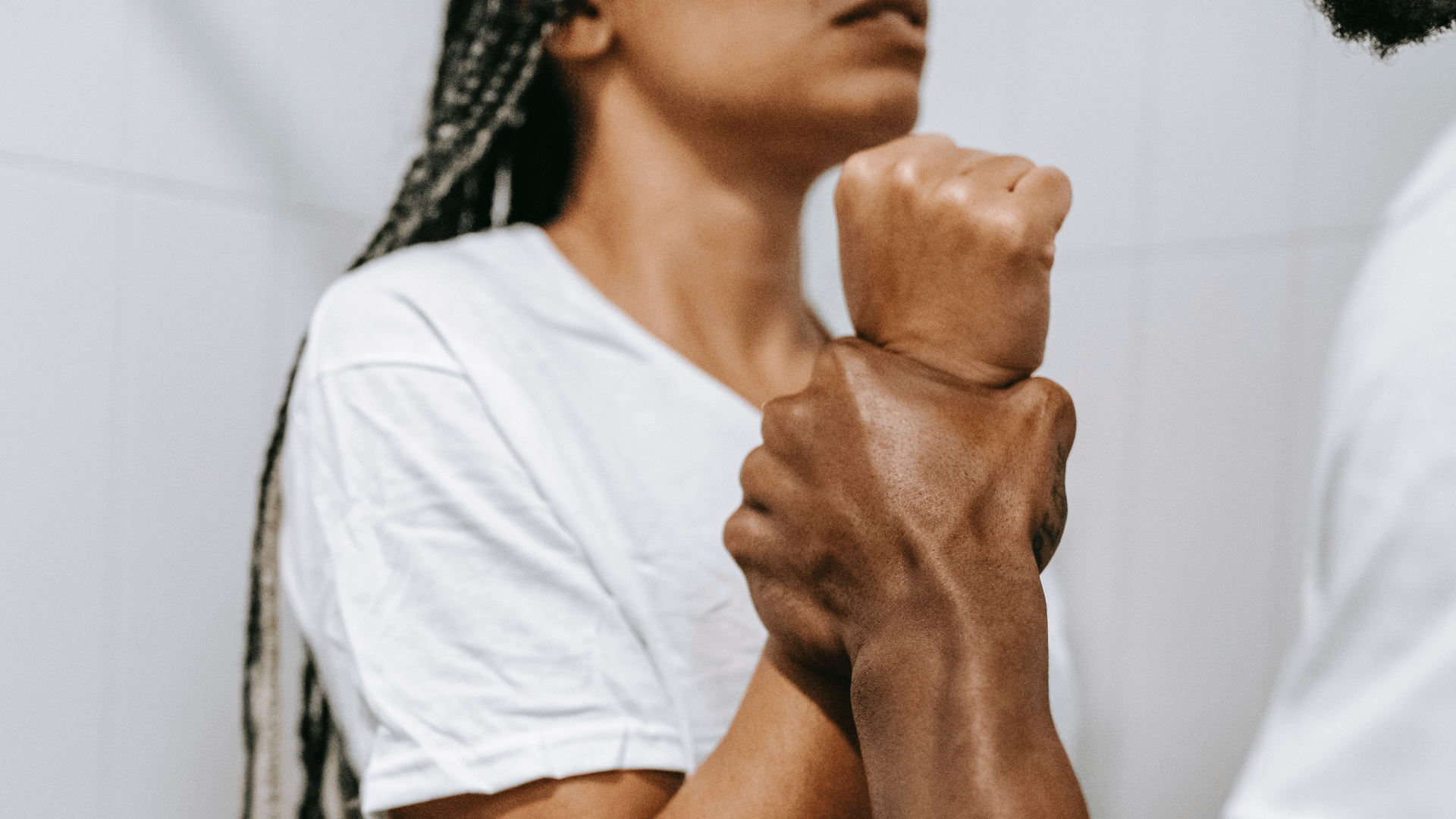 No one gets married expecting to get divorced.  Why bother in the first place?  We are filled with hope when we say “I Do” to that other person.  But the cold reality is that, the divorce rate in America is ridiculously high and is rising every day.

There was once a time when people got married and it stuck.  In fact, many times, these people got married after knowing each other for only a short time.  They didn’t live together first.  They never got intimate just to “test the waters”.  They dove in headfirst and were determined to make it last. But then times changed.  What brought it about?  Speculation abounds when it comes to this question.  Many people think it was the women’s rights movement in the 70’s.

Others believe that it came about with the advent of more media outlets and the portrayal of sexier, promiscuous characters.  Still, others say it’s because people just aren’t as committed as they once were because of the instant gratification that we expect even to this day. Whatever the reason, the divorce rate has raised alarmingly over the past few decades.  Roughly HALF of all people who get married will get divorced within 10 years of saying their vows.  From 1970 to 1996 the divorce rate quadrupled according to the United States Census report.

Many people think they have to watch out for the infamous seven-year itch that comes about after seven years of marriage.  Today, couples need to watch out for the two-year itch.  Dissatisfaction in marriages happens earlier and earlier as people become more disillusioned with their dreams when they don’t become reality as quickly as they think it should.

In the past, a divorce was difficult to obtain.  Only under extreme circumstances such as abuse or adultery were you granted a divorce.  Then the courts started allowing irreconcilable differences as a reason to divorce and then the no-fault divorce came along.  This meant all you had to do was live apart from your spouse for 6 months and then you could get a divorce without anyone taking on the blame.

Now, a divorce is easier to get than a driver’s license.  You can even download divorce papers on the internet these days.  Fill them out, get signatures, and file with the court.  Poof, you’re no longer married.  Sometimes this can be accomplished in the same day.

Think it’s a travesty?  Maybe it is.  But it’s reality.  So why do marriages fail?

While the answers to that question are many, there is a growing body of research to suggest there are four negative risk factors that create barriers to oneness in marriage and increase a couple’s chances for marital failure.

First, negative behavior patterns can have a hugely negative impact on a marriage.  This occurs when partners respond negatively to each other continually upping the ante so the conversation gets more and more hostile.

When a conversation escalates into an argument, this creates tension that can eat away at a marriage.  Each negative comment increases the level of anger and frustration, and soon a small disagreement blows up into a major fight.

Escalation can develop in two different ways. The first is a major shouting fight that may erupt over a conflict as small as putting the cap back on the toothpaste. As the battle heats up the partners get more and more angry, saying mean things about each other.

Frequently there are threats to end the relationship. Over time those angry words damage oneness, and angry threats to leave begin to seem like prophecy. Once negative comments are made, they are hard to take back and drive a knife into the partner’s heart.

These reckless words can do great damage to a marriage because when an argument escalates, every comment and vulnerability becomes fair game. Concerns, failings, and past mistakes can now be used by the attacking partner. Oneness and intimacy can be shattered quickly by a few reckless words.

You may be thinking, “We don’t fight like cats and dogs.” And while that may be true, your marriage may still have this risk factor. Damaging escalation is not always dramatic. Voices do not have to be raised for couples to get into a cycle of returning negative for negative.

Conflict over paying the rent, taking out the garbage, running errands that result in muttering to oneself, rolling your eyes, or throwing up your hands can also be examples of escalation.

The next negative factor that contributes to the erosion of marriage is invalidation.  Invalidation is a pattern in which one partner subtly or directly puts down the thoughts, feelings, or character of the other.

Invalidation can take many forms. Sometimes it can be caustic, in which one partner (or both) attacks the other person verbally. You can hear, and even feel, the contempt one partner has for another.

Sarcastic phrases like “Well, I’m sorry I’m not perfect like you” or “I forgot how lucky I am to be married to you” can cut like a knife. These are attacks on the person’s character and personality that easily destroy a marriage. Research has found that invalidation is one of the best predictors of future problems and divorce.

The message conveyed is that your feelings do not matter. A husband may put his wife down because she is more emotional or because she is more easily hurt by comments. A husband may invalidate a wife’s fears about the children’s safety. A wife may invalidate a husband’s desire to succeed in the company, saying that it really doesn’t matter if he becomes district manager.

Ultimately the partner receiving these comments begins to share less and less so that the intimate level of sharing evaporates. When this happens, oneness is lost.

Sometimes invalidation may be nothing more than trite clichés like “It’s not so bad”.  While the sayings may be true, they invalidate the pain or concern of the other partner. They make the other partner feel like their fears or frustrations are inappropriate.

Such behavior can be a very destructive pattern in a relationship, and quickly erode intimacy and oneness in a marriage. A wife may believe that her husband does not like her parents. As a result, she may attack him anytime he is not overly enthusiastic about visiting them. He may be concerned with the financial cost of going home for Christmas or about whether he has enough vacation time. She, in turn, considers his behavior as disliking her parents.

When a relationship becomes more distressed, the negative interpretations mount and help create an environment of hopelessness. The attacked partner gives up trying to make himself or herself clear and becomes demoralized.

Another kind of negative interpretation is mind reading. Mind reading occurs when you assume you know what your partner is thinking or why he or she did something.  Nearly everyone is guilty of mind reading at some time or other. And when you mind read positively, it does not tend to do much harm. But when you mind read on the negative side, it can spell trouble for a marriage.

Negative interpretations are hard to detect and counteract. Research shows that in distressed marriages there is a tendency for partners to discount the positive things they see, attributing them to causes such as chance rather than to positive characteristics of the partner. That is why negative interpretations do not change easily.

Finally, there is withdrawal and avoidance.  These are two different manifestations of the problem wherein a partner is unwilling to get in or stay in a discussion that is too threatening.

Withdrawal can be as obvious as getting up and leaving the room or as subtle as ‘turning off’ or ‘shutting down’ during an argument. The withdrawer often tends to get quiet during an argument, look away, or agree quickly to a partner’s suggestion just to end the conversation, with no real intention of following through

Avoidance reflects the same reluctance to get into certain discussions, with more emphasis on the attempt to not let the conversation happen in the first place. A person prone to avoidance would prefer that the topic not come up and, if it does, may manifest the signs of withdrawal just described.

In a typical marriage, one partner is the pursuer and the other is the withdrawer. Studies show that it is usually the man who wants to avoid these discussions and is more likely in the withdrawing role. However, sometimes the roles reverse. But, for the sake of this discussion, we will assume that the husband is the one who withdraws.

Why does he withdraw?  Because he does not feel emotionally safe enough to stay in the argument. Sometimes he may even be afraid that if he stays in the discussion or argument that he might turn violent, so he retreats.

When the husband withdraws, the wife feels shut out and believes that he does not care about the marriage. In other words, lack of talking equals lack of caring. But that is often a negative interpretation about the withdrawer.

He, on the other hand, may believe that his wife gets upset too much of the time, nagging and picking fights. This is also a negative interpretation because most pursuers really want to stay connected and resolve the issue he does not want to talk about.

Each of these four risk factors (escalation, invalidation, negative interpretations, and withdrawal and avoidance) can build barriers in a marriage leading ultimately to loneliness and isolation.

The research shows that couples that want a good marriage need to eliminate these risk factors from their marriage, or else the negative factors will overwhelm the positive aspects of the marriage. It is never too late to put your marriage back on track.

How can you tell if your marriage is in trouble?
There are warning signs. You follow us #GDAndMe bit.ly/mm3links

Do’s And Don’ts Of Dating

How to Win the Heart of Your Perfect Man

The Benefits To Your Marriage Of A Great Sex Life