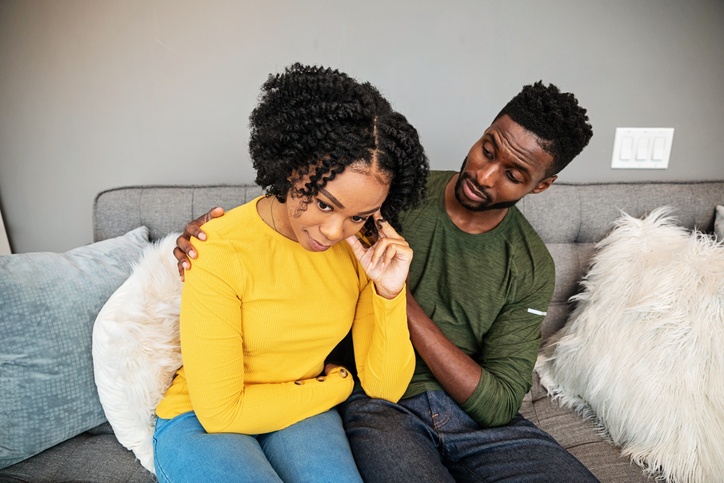 Have you ever watched a couple who so clearly didn’t get along, listened to their conversation, and wanted to scream because there were so many ways you would have handled that conversation differently? You could easily show them a play-by-play of where they went wrong, who could have said what differently, or who should have said anything at all at one point. It seems so obvious to you where this couple is going wrong. We probably all know couples like that. We don’t understand how they get to that place. Maybe you’re in such a couple. I used to be an assistant to a married woman who had very unfortunate communication with her husband. I’d hear it all, because she’d answer his calls on speakerphone when we were driving around together. The calls would go something like this: the phone would ring. She’d answer, say “What?” He’d say “You’re going to greet me like that?” She’d say, “I’m busy, I’m driving.” He’d say, “Never mind we’ll talk later.” She’d demand he just say it now. Whatever it was. He’d say whatever it was (do we need more wine from the store? Are we going to the Parker’s baby shower?). She’d chastise him for calling about it, when it could have been a text. Woooaaah. It was all so sad. How did they get to this place? But it happens to couples all of the time. Really. It just happens slowly, and you have to pay close attention in order to prevent it. Here are reasons communication breaks down in a relationship.

When your partner tries to tell you something, but you’re preoccupied, you attempt to multi-task, halfway listening to your partner’s story, but halfway distracted by your other task. Nobody likes to feel only partially heard. This has a way of making your partner feel that his stories aren’t important or interesting to you. You’re busy, and want to try to get everything done at once – sending that email, and listening to your partner. But it doesn’t work….

Develop A Mental Image Of Your Ideal Mate

Remember Why You Fell In Love

The Purpose of a Personal Development Plan